The paperback version of the novel Cross Currents by Barbara Masterton is now available for sale on Amazon!

“It had taken Bruce six, unrelenting months to convince Julia that she had much to gain by marrying him and another six months for her to realise how much she had lost by acquiescing. How foolish and selfish she had been, how easily flattered and deceived. Not that she had thought herself to be in love with him. Physically attracted, yes, very much so, as if her body craved a reminder of an almost forgotten pleasure, but she knew what it was to be truly in love, to have that love fulfilled and then to be deprived of it. She also knew what it was to be loved and not to be able to return it.” 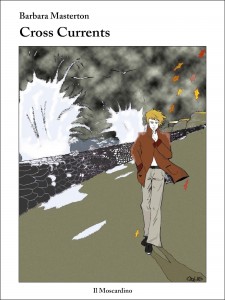